The new AK-12 has the following differences compared to the older AK-74:

1. New telescopic buttstock with adjustable cheek piece.
2. Buttstock line is now continuous with the barrel.
3. Receiver lid is now non-detachable, but is pivoted forward at the gas block and is fixed by a spring-loaded catch in the back.
4. New rigid lid allows for installation of sights on it and is equipped with picatinny rails for this.
5. New ambidextrous safety.
6. Ejector slot is covered not by safety lever, but by a special sliding cover.
7. Reloading handle and ejector (with ejection slot cover) could be installed both on the right and on the left.
8. Action now has a bolt catch.
9. New mags are developed: stackable 2-row (30 rounds), 4-row (60 rounds), and drum (100 rounds, IIRC)
10. Interchangeable handguard — with picatinny rails and with grenade launcher lugs.
11. Picatinny rails on the gas block.
12. Barrel can be exchanged much more easily.
13. New muzzle device compatible with rifle grenades.


Notice the new magazine which work with the bolt-catch of the AK-12. The release of bolt is on the both sides of the magazine latch. 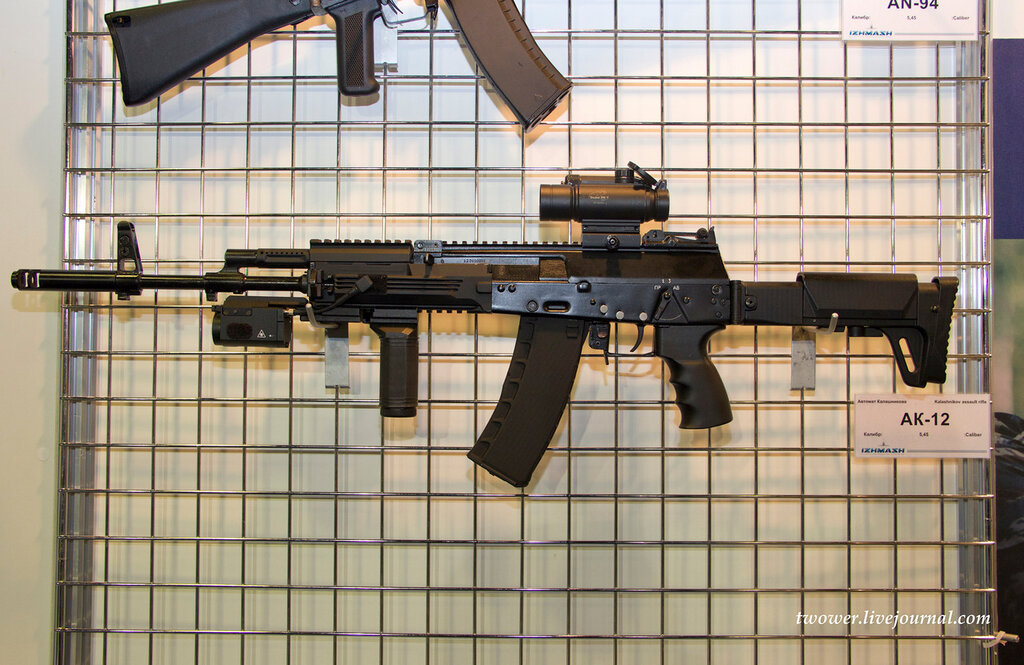 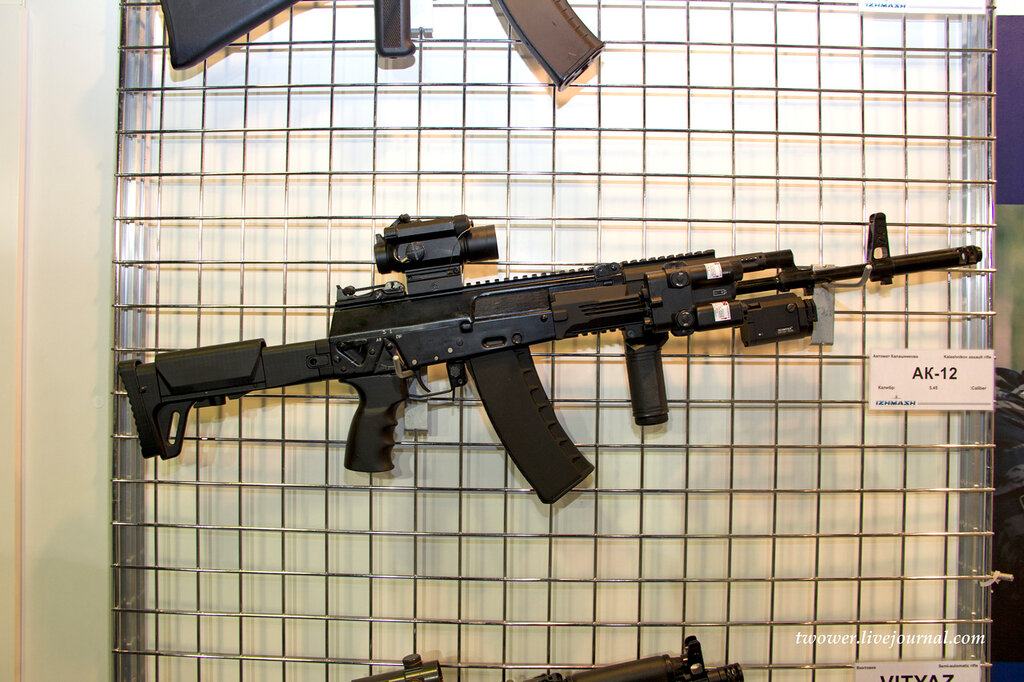 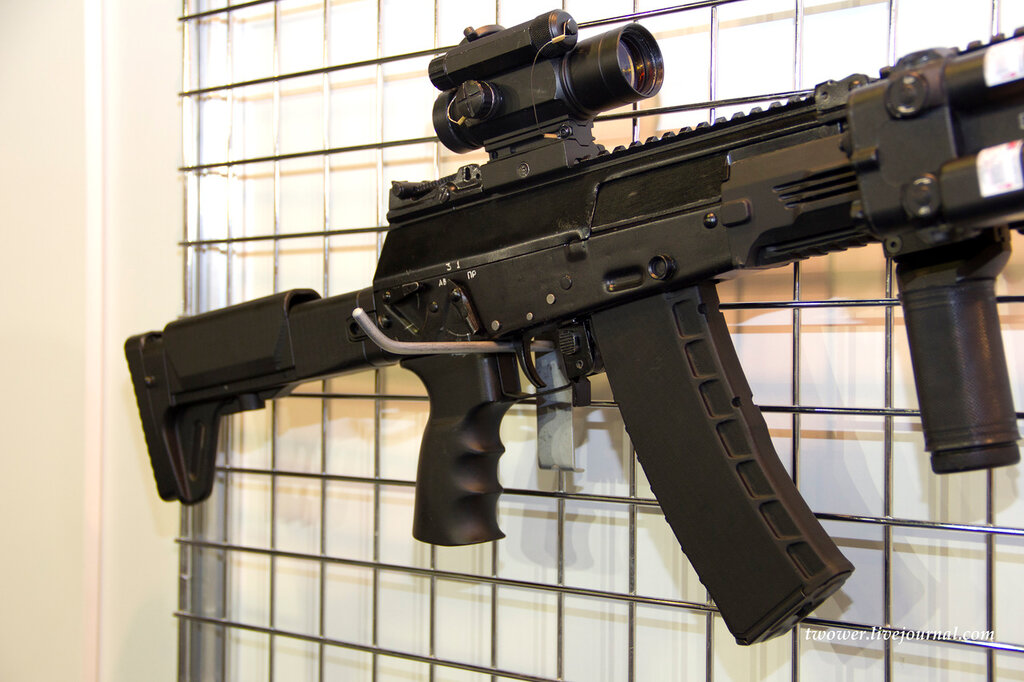 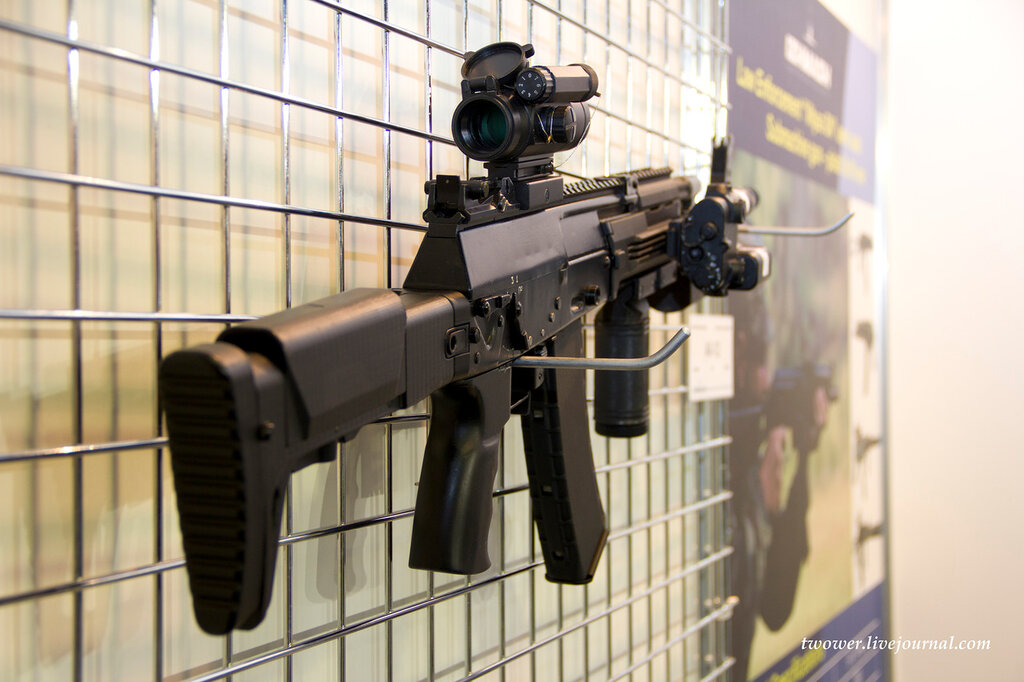